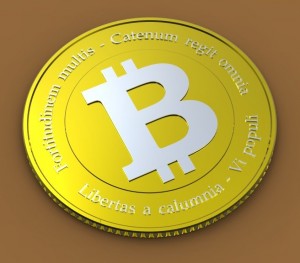 Bitcoin is possibly the most interesting and game-changing technology to have been created in the last 10 years.  I think that there is a real possibility that it will succeed where other alternative currencies have failed.

What’s interesting me at the moment is what the path of adoption will be.  Until recently I assumed that the early adopters would all be geeks: people wanting to buy and sell virtual goods, World of Warcraft weaponry, or technical services such as programming and graphical design.

Now that I’m more familiar with the various bitcoin exchanges I wonder whether the currency is more likely to find early use as a Forex tool.  It’s very easy to transfer money from a source currency to bitcoin to a target currency, and transferring bitcoins around the world doesn’t require middlemen, fees, or regulation.

We’re obviously a long way from being able to buy a coffee at Tim Hortons with a cryptocurrency, but I think that eventually a healthy market may well emerge, with a large number of goods and services being traded for bitcoin.  I shall be following developments with interest.