My brain gangs up on me sometimes.  I was trying to add some entries to iCal yesterday, and found out that you can’t have a Reminder List that has the same name as a Calendar.  A normal person would have accepted this and moved on.

I have to spend twenty minutes trying to mentally reverse engineer the data model in my head, figure out the design process the engineers at Apple used to come up with this system, and then start delving through .plist files in my /Library directory to see if I’m right.

This is why productivity software doesn’t make me more productive.

My First Novel is Ready!

Here it finally is!  The Long Run is now available at Lulu.com 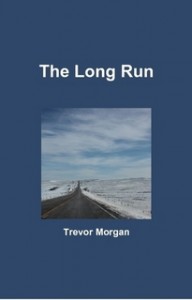 Jamie Simons has achieved his life-long goal of wearing the Yellow Jersey. But he has come to realize that the glamourous world of professional cycling has a seedy underbelly. When forced to choose between the truth and winning, Jamie’s choice leaves him spiraling downhill fast. In his exciting debut novel, Trevor Morgan brings us a story of competition, conflict, transformation and hope, in a book that takes a behind-the-scenes look at the world of Endurance Sport.

So yeah, if you’re wondering what happens when an up-and-coming professional cyclists encounters the reality of team politics, intrigue and doping, go buy this book! 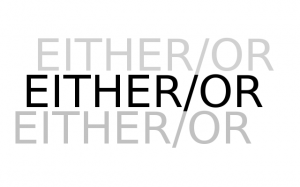 The Prisoner’s Dilemma is a contrived game popular among mathematicians, used to model aspects of cooperation or conflict between individuals.

A False Dilemma is the presentation of two alternatives as being absolute and exclusive.

I think that we frequently become prisoners of false dilemmas.

We have a tendency to categorize people.  We like to put people in nice little boxes.  Often these boxes represent a binary Either/Or choice.  You are ‘liberal’ or ‘conservative’.  You are ‘christian’ or ‘atheist’.  You are ‘Mac’ or ‘PC’.

The danger of these labels is that they frequently represent a false dilemma: they assume that there are only two options, and that these options are mutually exclusive.

Perhaps you live in Northern Ireland, and it’s assumed that you’re either Protestant or Catholic.  But maybe you’re neither?  Maybe your agnostic, or Hindu?  Or maybe you consider yourself part of the ‘catholic‘ (or universal) church, yet still feel there are church practices that need to be protested?  Or perhaps you consider yourself a ‘Protestant’, but don’t really feel like protesting all that much?

Or take political labels.  All too often I see political dialog reduced to a polarised conservative-liberal axis, as if there are only two possible stances on any political issue.  But what if we want to be both?  Maybe want to be conservative, in that I think there are many good things that should be conserved, or preserved.  And yet at the same time maybe I like the idea of being generous, which is after all a synonym for liberal.

Is it possible to transcend these labels?

Perhaps I can be a skeptic and a believer.  Maybe trust and curiosity can walk hand in hand.

Maybe I can be a Christian and a secularist.   What if I have strongly held religious convictions and yet still want to live in a society that doesn’t enforce a particular dogma, that creates space for people of all persuasions?

Fortunately, as a Canadian I live in a country where many of our discussions involve a plurality rather than a duality.  We have several viable political parties at the federal and provincial level.  Although our history has included binary contrasts such as French/English, Catholic/Protestant, we’re now a multicultural, diverse society, and as such it’s harder to lock people into small boxes.   It’s harder to see race, for example, in binary terms when your family is English-French-Norwegian-German, or your friends are Polish-Trinidadian-Canadian.

So let’s not allow ourselves to be locked in boxes.  And let’s take care not to force others into this Either/Or duality either.   Someone may disagree with you on one issue, but that doesn’t automatically put them in the ‘Other’ box, and make them your life-long opponent.

And as for me, I shall continue to proudly be a liberal, conservative,  skeptic, believing, questioning, hoping, geeky, athletic individual.

I’ll even reject the Mac/PC conflict, and happily use both, with a fair helping of Linux thrown into the mix.

Machines for Working In.

One of the pioneers of Modern architecture, Le Corbusier, once famously described the house as ‘a machine for living in.’

The worst working experience of my career was located in a Mies building. Located in central Toronto, it is a complex that represents to me the pinnacle, or possibly the nadir, of modern architecture. Every day I would arrive at the facility, take the elevator up to the 20th floor and swipe my pass card to be allowed into the cubicle farm.

This was just one floor.  Above me, below me, identical farms of gray boxes, stretching up to the 56th floor.  One of those floors, the executive one, had mood lighting, but the rest were illuminated by fluorescent strips.

The nature of my work here is fairly irrelevant, and would have been completely forgettable if the words ‘Mortgage Backed Securities’ hadn’t implanted themselves in the public consciousness a year later during the financial crisis.  But it was the working environment itself that had the biggest impact on me.

I’ve long been convinced that our environments, our spaces, dictate how we work and how we think.  We think about God differently in a vast Medieval cathedral than in a strip-mall chapel.  We think about romance differently beside a canal in Bruges than stuck on the TTC in a snowstorm. And where we spend our working lives has an impact on how we think and what we achieve.

I found the Mies van der Rohe the most stifling environment I’ve ever been in.  The very nature of the cubicle farm, its ‘machine’ like nature, tends to make people feel like redundant, replaceable cogs.  To think freely, to question the system, to consider new ways of doing things, becomes intensely difficult.  The most frequently heard phrase I heard from co-workers was ‘it is what it is’.   The tasks being performed might have been mundane, boring, or difficult.  But it is what it is, we cannot change it.

I would come home every night in a foul mood, and take out my frustrations on my family.  I know now that I am a creative worker at heart; I work best when faced with an interesting problem, an idea that hasn’t been implemented before, a bug that no-one else can resolve, a new approach to performing an old task.  To work in the giant gray cube was to suffer an unbearable tension between who I was and what I was expected to be.

I lasted six months; then one morning I walked out and never went back.  The next few months were challenging, with uncertainty about the future, and about finances, but I never regretted leaving behind the Machine for Working In.

Machines are things, and we use them.  But people are people, and we should value them as unique, individual, divinely created beings.  And we should be wary of spaces that push us into thinking otherwise.