Who are the Peacemakers?

“Blessings on the peacemakers!  You’ll be called God’s children.”

I’ve been thinking recently about this statement of Jesus’.  “Blessings on the peacemakers.”

Jesus also said that some other folks were blessed, too.  The poor.  The hungry.  Those who mourn.  The pure in heart.  The meek.  The persecuted.

Some of these groups are easy to identify.  We could go for a stroll through downtown Barrie and meet the poor and hungry quite easily.  It wouldn’t take long, I’m sure, for us to find someone grieving.   And we’ve heard many stories of people being persecuted for standing up for what is right.

But peacemakers.  Who are they?  Where do they live?  What do they look like? 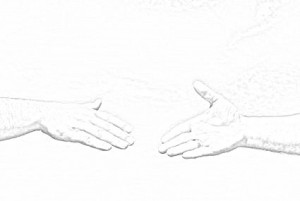 I’m  convinced  that reconciliation and peacemaking are essential elements of the mission of the church.  But I realise I know little about the practicalities of peacemaking.  Who should my role models be?  Who are the people that are actively bringing about reconciliation between groups in conflict?  Between Palestinian and Israeli, between rich and poor, between labour and management?  Between landlord and tenant, between conservative and liberal, between Catholic and Protestant? Between Pakistan and India, between Sunni and Shiite, between oil company and environmentalist?

Who are the people that stand in the gap, that refuse to accept the inevitability of conflict, that believe and hope and work towards just and equitable resolutions?

Who are the peacemakers?

A few weeks ago I had a fascinating conversation in a downtown coffee shop with a new acquaintance.  Among the many topics we covered was his conviction that the Bible presents one concrete, straightforward pattern for church structure and practice.

This got me thinking.   In theological circles we call the study of the Church ‘ecclesiology‘, from the Greek word for church, ekklēsiā.  In fact, theologians have all sorts of ‘ologies’.

Interestingly enough, however, there doesn’t seem to be a word for ‘Kingdom-ology’, or the study of the kingdom of God.  I’ve never, ever heard the phrase ‘Basileology‘, which would be the logical term to use.

This seems to me a strange omission.  The word ‘church’ is mentioned twice in the gospels.  But the phrase ‘Kingdom of God’, or ‘Kingdom of Heaven’ is used more than 80 times!  So why do theologians talk about the Church so much more than the Kingdom?

Am I missing something?  Is this actually a subject that’s taught at seminary?  Is there such a thing as ‘Introduction to Basileology’ or ‘Kingdom Studies 101’?  What would such a course look like?  What questions would it ask?  Which experts would we study?

In fact, while we’re asking these questions, what is the Kingdom of God?  And who is teaching and studying and talking about this question?

Question 3 – What is Meant by ‘Job Creation’

So, another day, another election.  Today the Ontario Provincial election campaign begins, and despite my pleading for assessing each person standing on their individual merits I can’t name any of my local candidates.  But I’m sure that over the next few weeks we’ll be hearing a lot about the leaders of the parties, and especially about their election promises.

One thing they’ve already started talking about is ‘job creation’.  This phrase is frequently used in political discussion, but it’s rarely clearly defined.  A little story may illustrate the problem. 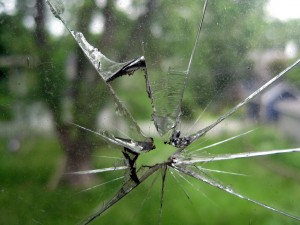 Once upon a time there was a politician called James.  James had a son, let’s call him Jim, around 12 or 13 years old.  Jim was a particularly active boy, and one day while playing in the back yard managed to throw a rock through the kitchen window.  His dad sighed, and picked up the phone to the local window company to come and fix it.

Later that evening, thinking about the large bill he had just paid, and the hours of work that it had taken the two man crew to clean up his kitchen, James came to a realization.  He should be proud of his son, not mad, because he’d just stimulated the local economy!  The glaziers had had work for the afternoon, and their company revenue had increased.

So James immediately rushed into the back yard and picked up as many rocks as he could carry.  Then he headed out on his mission, and didn’t stop until he had thrown a brick through the window of every house on his street.  Then he went back home, pleased with his job creation efforts and looking forward to the praise that he would undoubtedly receive.

This story is known as ‘the Parable of the Broken Window’, and shows that it’s not simply more work that we want created.

But as it happens, we can create jobs without offending our neighbors.  I will do so now.

I will pay the first reader of this blog who responds one dollar a year to clean my house, mow my lawn, shovel my driveway, and perform any other maintenance  tasks I can think of.

Somehow, I think I’m not going to get any takers, despite the fact that technically I just created another job opening.  Clearly that’s not what we mean by ‘Job Creation.’

So what is it that we want?  A slave is not content because she has a ‘job’, even though she has the privilege of working 12 hours a day.  And, indeed, I suspect a huge percentage of Ontarians are deeply dissatisfied with their current jobs.

So when candidates start talking about ‘job creation’, perhaps we should ask them exactly what they mean.  And maybe we shouldn’t elect them until we’re satisfied with their answers. 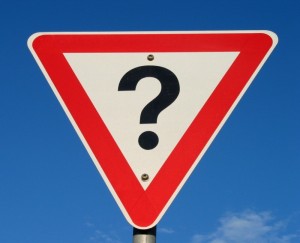 It’s been suggested to me that it would be a good idea to get in the habit of asking questions, as well as trying to answer them.  So in that spirit, I’ll be doing a series of posts about questions that I have on my mind.  Hopefully these will become themes that I explore in greater depth over the next few months, but for now we’ll focus on just outlining some areas of inquiry that intrigue me…

Question 1 – is GDP a good measure of a country’s health? 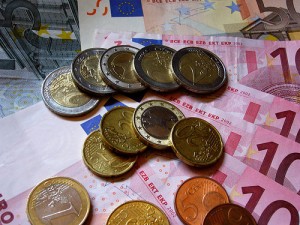 GDP, or Gross Domestic Product, is a measure of the economic output of a country.  It seems to be an unspoken assumption by nearly all economic commentators that more GDP is better than less.  If the GDP of a country declines, then we call that a recession.  If it grows, we call that a ‘healthy’ economy.  Indeed, we seem to use all sorts of anthropomorphic adjectives to describe the world of financial transactions.  Think about it:

In fact, if we didn’t know what the word meant, we might hazard a guess that ‘The Economy’ is the name of a friend’s slightly wayward toddler.

Which brings me to my question.  A toddler, of course, should be growing – physically, emotionally, and intellectually.  But not all growth is good.  We are told that it is good for a country to experience continuous economic growth of a few percent every year.  But unrestrained, exponential growth of living cells is know by a different name.

We call it cancer.

If our industrial output grows at, lets say a nice conservative rate of 2 percent a year, then after 10 years we will be producing 21 percent more goods and services than when we started.

After a hundred years we will be producing seven times as much.

After a thousand years, we will be producing just shy of 400 million times as much.

Does your city have space for 400 million landfills?

And if not, then how should we measure the health of a country?