So the Ontario Provincial elections are rapidly approaching.  And with little over a week to go, I realise that I have no idea who I will vote for.

Earlier today I had an interesting and slightly frustrating conversation on facebook with someone who was convinced that the best way to effect political change in the province was to abstain from voting.  To me, this feels like thinly veiled apathy masquerading as action.   Not least, while neglecting to vote, (or refusing your ballot, a far better option) may indicate your displeasure with the current state of political affairs in the province, it doesn’t broadcast any information at all about your desired state of affairs.

Elections are, in part, information gathering exercises.  They are not perfect, as each individual can only register a very small amount of data – a single ti 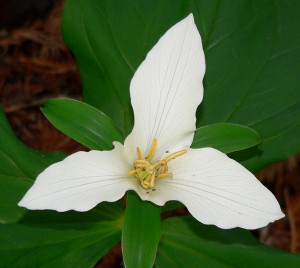 ck in a single box.  And yet they are one of the best mechanisms we have so far for divining the wants and desires of the province or country as a whole.  And I am profoundly grateful to live in a country that believes in free and fair elections, and believes in open, unfettered political discourse.  I was reminded today that this isn’t the case everywhere.

So, given that we live in an era of instant communications, I shall spend the next 10 days seeing whether I can gather enough information to make an informed choice.  I will start by following my local and provincial candidates on Twitter, and then I will try reaching out to all of them with some simple questions about policy and experience.

I believe that elections are like job interviews, with the voting public in the employers seat.  A good candidate should demonstrate their suitability for the job, their credentials, their experience, and their character.  I also believe that integrity and competence are far more important than policies.  I have no interest in what a candidate claims that he or she will do if elected if they have not demonstrated both their integrity and their competence.  Without integrity, their promises mean nothing, and without competence, I can have no faith that they will actually be able to carry out their plans.

So how will we judge these two character traits?  I submit that the best predictor of future performance is past performance.  An individual who has shown themselves to be an honest and competent administrator will make a good MPP.  Conversely, an incompetent or dishonest individual should not be allowed anywhere near Queen’s Park.