I am on the autism spectrum.  I am also a committed Christian.

This makes me a bit of an anomaly.  According to Catherine Chaldwell-Harris at the Boston University Department of Psychology, people with autism spectrum disorder are far more likely than their peers to reject religious belief and identify as atheist or agnostic.  The chair of a national autism organization has gone as far as to say that autistic children will automatically be atheist because they “lack a section for faith in their brains.”

To understand the challenges that the church has when engaging with autism, let’s talk briefly about what autism is.  Autism is fundamentally characterized by difficulties in understand the mental and emotional state of other people, and a tendency towards systemizing behaviour.  In my case, this means that I struggle to know what other people are thinking and feeling; indeed I sometimes struggle to know what I am feeling.

And there we have a problem. Because faith is often talked about in terms of emotions, and specifically in terms of God’s emotions.   I’ve frequently heard people say “I really felt that God was telling me to change jobs”, or “I feel that God wants me to tell you something”, or “I felt a leading to go on a missions trip.” 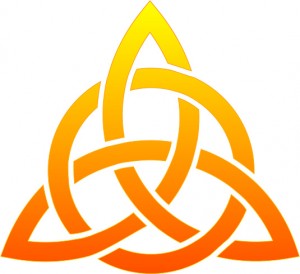 In the evangelical world this is a very normal way of speaking.  Historically, we have placed a deep emphasis on the personal nature of faith, on the idea that a relationship with God is something that is open to everyone, without the need for mediation through an institution or a priesthood.  And we have taught that the individual believer can receive direction and instruction from God.

And here is where I struggle.  Because when people say “I really feel that God wants…”, they’re telling me that they are intuiting the wants and desires and emotional state of a divine being.

So if active participation in my faith requires being able to sense how some Other is feeling, then I have a problem.  It’s almost like telling someone with club foot that running a marathon is a necessary entry requirement to this club that we call the church.

Before I started writing this article, I did some research to see what had already been written on the subject of autism and religion.  Unfortunately, there’s very little.  There is the study I referenced above that saw the correlation between autism and atheism.  There are a few articles that talk about how to bring your children to church without triggering a meltdown.  And there are a few resources that note that the churchgoing experience has the possibility to trigger some of the sensory processing issues that are so common in people on the spectrum.  Loud noises, large crowds, a requirement to sit still for an hour, strange sounds, smells and tastes; all of these can trigger sensory overload.  Going to church can become an exercise in crisis management, not an opportunity to engage in a faith community in a profound, transformative way.