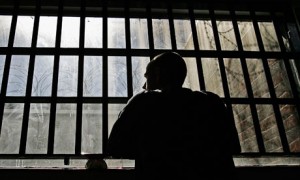 image from The Guardian

The European court of human rights, just like Canada’s supreme court, ruled that member states should not ban prisoners from voting.  Unfortunately the UK government is dragging its feet in implementing the required reforms.

This is a legal decision that I’m proud to say Canada got absolutely right.  I’m convinced that denying prisoners the right to vote is very dangerous to democracy.  We should not be creating large classes of people who have no say and no stake in our political processes.

This might make some people uncomfortable, but that is kind of the point.  If prisoners were to actually form a political constituency, we would have to have an ongoing dialog about crime, punishment and rehabilitation.  Every time election season rolls around, politicians rush to hold public debates in nursing homes, at city hall, and in schools.  What would happen if they also held them in our prisons?

I believe it would help ensure that we as a society didn’t conveniently ignore the correctional system.  Politicians would have to be actively engaged in issues of prison conditions, recidivism, parole, prisoners’ families and rehabilitation.

The stated mission of Correctional Service Canada is ‘encouraging and assisting offenders to become law-abiding citizens.’  At it’s heart I believe that this can be a fundamentally redemptive process – recognizing social brokenness and taking active steps towards building a more healthy, whole society.

And ensuring that both victims and perpetrators of crime remain connected to our political conversations is one important step in helping this happen.