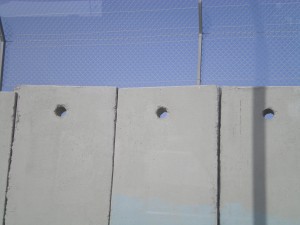 The title of today’s question may be a bit of a mouthful, perhaps that reflects my lack of answers on this one.

The lead headline on BBC news today was Mahmoud Abbas presenting Palestine’s bid for statehood to the U.N.

I can’t claim that I’ve even begun to understand the complexities of the religious, ethnic and political tensions in the area, but I do realize one thing.  Many people feel that they or their ancestors have been wronged, and that justice requires redress for these past wrongs.  In this particular case, the PLO wants the return of territory lost during the Six Day War.

Ultimately, when faced with such questions we realise that huge swathes of the Earth have been fought over, won, lost, occupied, colonialised, and traded.  And there are probably few people groups that cannot lay claim to some past injustice.

So should we try to redress these past wrongs?  Or should we abandon all striving for justice?  Or is there another way, perhaps that acknowledges what has happened in the past and at the same time works hopefully towards a better future for all?